During the ongoing COVID-19 pandemic, our commitment to giving you a safe and reliable place to receive legal services and advice is even more important to us.
Former Prosecutor Contact Us now For a Free Consultation
Home
Michael B. Cohen, Esq.
Michael Cohen 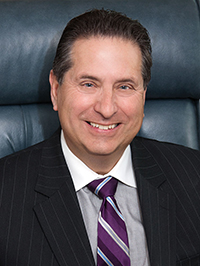 Michael Cohen is a Board Certified Criminal Trial Lawyer who holds a greatly respected AV® Preeminent™ Peer Review RatingSM by Martindale-Hubbell® in acknowledgment of his ability, integrity and reliability. He’s been categorized as a Florida Super Lawyer, which distinguishes him amongst the top five percent of all lawyers in the State of Florida. He has been practicing law for well over 30 years, with extensive and broad experience in criminal legal matters both as a prosecutor and a defense attorney.

During his tenure with the Department of Justice, Mr. Cohen was assigned respectively to various sections of the U.S. Attorney's Office: the Intake and Indictment, Major Crimes, Fraud and Public Corruption and Narcotics Sections.

Mr. Cohen formed legal partnerships in Florida and also maintained an office at 745 Fifth Avenue in New York City. He continued to try a wide range of complex state and federal cases, including those involving—

Mr. Cohen practiced state and federal criminal trial and appellate law and international extraditions at this prominent firm. While there, he was involved in some of the most significant criminal cases in the country.

Michael Cohen has headed his own practice of criminal defense law in Broward County for over 10 years.

Zealous defense of your constitutional rights

Michael B. Cohen is now "of counsel" for the New York City based law firm of McLaughin & Stern LLP. Please see the link to our website.